Internationally acclaimed Canadian violinist Lara St. John came forward this week with allegations she was sexually assaulted by her teacher at an elite music school in Philadelphia in the mid 80’s. 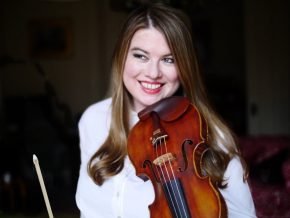 St. John alleges she was abused by renowned violinist Jascha Brodsky at the Curtis Institute in 1986. Brodsky died a decade later. In an extensive story published in a Philadelphia newspaper, the now 48-year-old soloist says her complaints at the time were dismissed by the Dean and the entire institution. St. John was 14 at the time of the alleged assault, Brodsky was 78. St. John says she now feels the responsibility to tell her story in an effort to encourage other victims of sexual abuse to also come forward.