Environmental groups are rejoicing today’s ruling by a Saskatchewan Court of Appeal. In a 3-2 decision, the court ruled the federal Liberals’ carbon tax is constitutional. Ontario is also in court challenging the tax and Premier Doug Ford says while today’s decision is a setback, the fight is far from over. Saskatchewan Premier Scott Moe, who plans to appeal, says the fate of what he calls “a job- killing tax” will ultimately be decided in the fall election. The tax still faces a parallel challenge in the Ontario Court of Appeal and Manitoba has filed papers to challenge it in Federal Court. Environment Minister Catherine McKenna says today’s court ruling is a win for future generations. 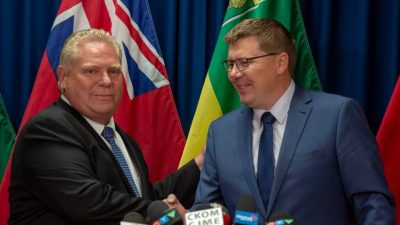