Canada’s Finance Minister says fighting money laundering is on the federal government’s agenda. Bill Morneau says Ottawa is working with British Columbia to combat money laundering both here and abroad.Reports from law enforcement concluded some B-C casinos and luxury Vancouver home sales were being used to filter money by organized crime. B-C’s Attorney General said the fight against money laundering requires combined efforts. Morneau says concern also spreads beyond Canada’s border where there are global concerns with dirty money funding terrorist organizations. A programming note, Finance Minister Bill Morneau will be a guest on Zoomer Radio’s Fight Back with host Libby Znaimer on Monday February 11 after the news at noon. 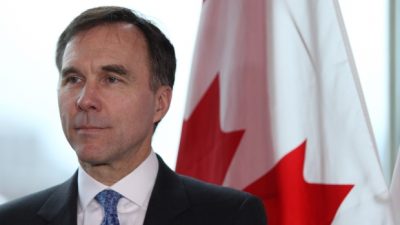