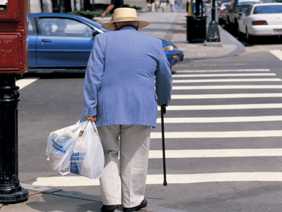 Four pedestrians were killed on GTA streets in four separate incidents in a very short time period this week. Investigators say one of the deaths was happened when a woman was walking south on a curb and was struck by a southbound truck which had just left a job scene.  Research shows that when an older pedestrian is hit, their chance of dying from their injuries is much higher than younger pedestrians. Fill in host Jane Brown talked about this important issue with Sgt. Alex Crews with Toronto Police Traffic Services and the co-founder of Walk Toronto, Sean Marshall.