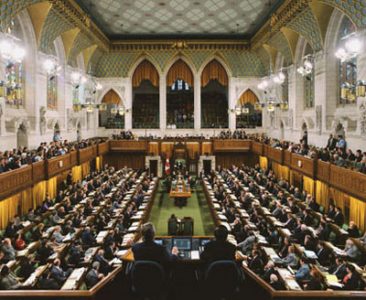 Members of Parliament are spending their first session back after Thanksgiving break – debating the perils of climate change.

An emergency debate taking place this evening was granted by House of Commons Speaker Geoffrey Regan – just a week after the U.N. climate change body issued an explosive warning – saying the world is on the precipice of major disasters – if governments don’t step up with a firmer plan to stop spewing so many greenhouse gases into the atmosphere.

The world has already warmed up about 1 C compared to the mid-19th century and is experiencing the effects of that – including bigger storms, more frequent flooding, longer droughts and more forest fires.

Each 0.5 degree C of warming raises those risks significantly – with entire ecosystems possibly being eradicated, parts of the planet becoming too hot to sustain life – and island nations getting swamped by rising sea levels.