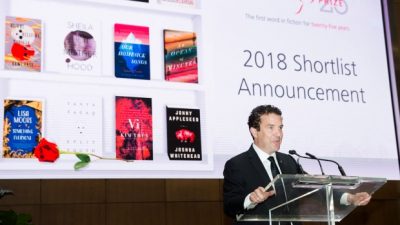 Esi Edugyan and Patrick DeWitt are among the Canadian novelists nominated for this year’s Scotiabank Giller Prize. The two acclaimed writers who are both previous Giller contenders joined the short list revealed yesterday. It’s the second time they’ve been in competition together.  Edugyan is a finalist with this year’s “Washington Black,” while DeWitt is being recognized for his book “French Exit.” This year’s short list also includes Sheila Heti’s “Motherhood,” Thea Lim’s “An Ocean of Minutes,” and Eric Dupont’s novel “Songs for the Cold of Heart.”  The winner receives $100,000.