Jennifer Keesmaat is using her municipal skills in her campaign to become Toronto’s Mayor. If elected, the former chief city planner says her new road safety plan could be in place in two years. Keesmaat is promising 30 kilometer per hour speed limits on all city streets, and re-designing the 100 most dangerous intersections, and school zones. Police report 24 pedestrians have been hit and killed on city streets this year. 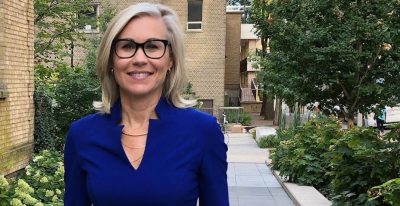 Meantime, a new Mainstreet Research poll today shows Keesmaat trailing John Tory in the race for mayor. Tory has 62 percent support of decided voters, and Keesmaat who is considered Tory’s only real threat, trailing behind with 27 percent. Nine percent say they’d vote for a different candidate and one third say they haven’t decided.