Zoomers who grew up reading “Stig of the Dump” will be saddened by word that the author, Clive King has died. 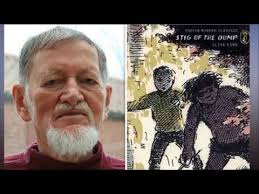 “Stig of the Dump” is about a boy who discovers a cave-boy living at the bottom of a chalk pit.  It sold more than 2-million copies has has never been out of print since it was published in 1963.

King’s other works include “Hamid of Aleppo,” “The Twenty-Two Letters, “The Town that Went South” and “Snakes and Snakes.”

The English author is survived by his wife and three Children.