WEST SIDE STORY HEADING BACK TO BROADWAY

West Side Story is making a comeback with performances to begin in December of next year. 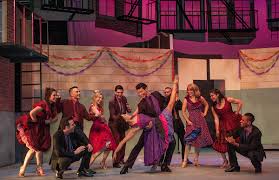 The musical is a modern day tale of Romeo and Juliet featuring two gangs who battle for control of their turf on the upper west side of New York City.  It was written by Arthur Laurents with music by Leonard Bernstein and lyrics by Stephen Sondheim.

The new version is being helmed by Ivo van Hove, the experimental theater director behind the Crucible, A View From the Bridge and David Bowie’s Lazarus.  It’s being produced by Scott Rudin.