The singer, pianist and composer who was known for “Schoolhouse Rock” has died at the age of 94. 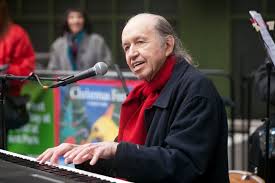 Bob Dorough created “Schoolhouse Rock” as an infectious series of song-filled cartoons that conveyed math and grammar principles to young viewers and played on ABC-TV in the 1970s, 80s and 90s.

The show grew out of an appeal to help an ad man whose son could memorize lyrics to songs but couldn’t learn the multiplication tables.

Dorough died Monday at his home in Mount Bethel, Pennsylvania at the age of 94.