The youth empowerment movement called WE Day featured a number of guest speakers and music performances. Thousands attended the event on Parliament Hill, one day after the official Canada 150 celebrations in Ottawa. During a rare public appearance at We Day Tragically Hip frontman Gord Downie told the crowd even though there are no more residential schools, indigenous children are still suffering as some still have to travel great distances for education and health care. He added that today’s young people will work towards making Canada more inclusive for indigenous people. He told the crowd of young people they can learn a lot about the history of church-run residential schools. 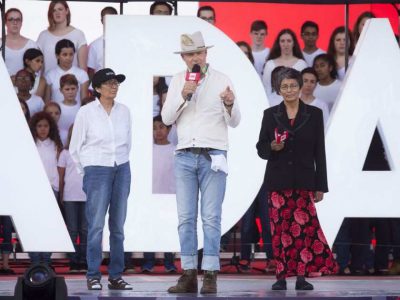