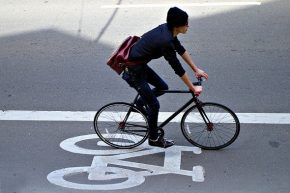 It’s the annual Bike to Work Day in Toronto, as a kick off to Bike Month in the city.

Thousands of cyclists, including Mayor John Tory, gathered this morning at various starting points for a ride to Nathan Phillips Square for a pancake breakfast event.

Mayor Tory says a meeting is planned for today on the safety of the city’s bike paths. The meeting was prompted by the tragic death of a 5 year old boy last week, who was hit by a car after falling off his bike from a bike path on Lakeshore Boulevard.

Listen for more on efforts to promote cycling on Zoomer Radio’s Fight Back with Libby Znaimer later today between noon and 1.