Chuck Berry was the first artist inducted into the Rock and Roll Hall of Fame, and he was the first to be honoured at the Hall’s 32nd annual ceremony on Friday. 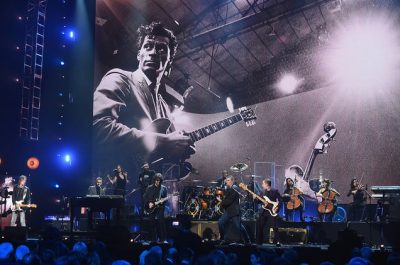 A video played featuring past interviews with Bruce Springsteen, Paul McCartney, Keith Richards and others discussing Berry’s sound and style. Jann Wenner, whose speech opened the show, said of Berry “no one would be in this room if it wasn’t for this man.” Electric Light Orchestra honoured Berry, who died last month, with an electrifying performance of ‘Roll Over Beethoven. Joan Baez, Journey, Yes, Pearl Jam, Tupac Shakur and Electric Light Orchestra were all inducted. Presenters inducting the 2017 class included David Letterman, Snoop Dogg, Pharrell Williams, Dhani Harrison, Pat Monahan, Jackson Browne and Alex Lifeson of Rush. To be eligible, all of the nominees had to have released their first recording no later than 1991. Friday’s ceremony was held at the Barclays Center in Brooklyn. Presenter David Letterman, who hasn’t been seen much since he retired from late night TV, joked that it felt good to get out of the house. 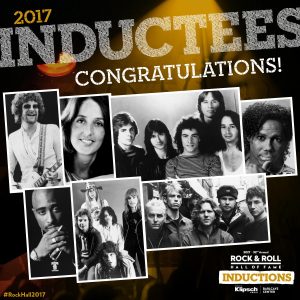