Canadian cities don’t even crack the top 20 when it comes to the world’s most congested cities. Los Angeles leads the world. Drivers there spent 104 hours going nowhere fast in congestion during peak travel periods last year. Toronto is 38th on the list and Montreal is 23rd. Mayor John Tory says the goal is to be off the list completely but adds he and his council are working to make drastic improvements to ease congestion. The Inrix scorecard says Montreal commuters spent 52 hours spent in congestion, Toronto at 45 hours, and Vancouver at 30 hours. Being stuck in traffic cost the average U.S. driver $1,400 last year and nearly $300 billion for all drivers nationwide. 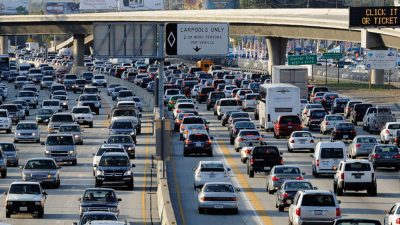