David Suzuki is calling it the “last great fight” of his life.

The goal of the 80-year-old scientist is to have environmental rights for all Canadians – enshrined in the Constitution. 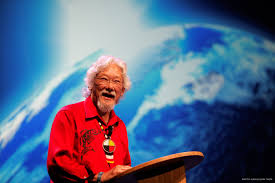 And Suzuki says that’s the only way to ensure that environmental policies cannot be overturned by the political flavour of the day – pointing to the outcome of the American  election.

He says Donald Trump’s election is a warning that citizens need protection against fluctuations that come with political change – and a healthy environment should be enshrined in the charters of both Canada and the United States.

The famous environmentalist has told Prime Minister Justin Trudeau – if he is serious about fighting climate change – he should invest in renewable energy – and not pipelines that promote reliance on fossil fuels for energy.