Two young professional athletes are dead after separate incidents. Major League Baseball is in shock today, with news that one of baseball`s brightest stars was killed in a boating accident early Sunday morning. Jose Fernandez, the ace right-hander for the Miami Marlins who escaped Cuba to become one of baseball’s brightest stars, was one of three people killed in boating accident off Miami Beach. Fernandez was 24. In the statement, the Marlins say they are “devastated by the tragic loss of Jose Fernandez. Our thoughts and prayers are with his family at this very difficult time.” A Coast Guard patrol boat spotted an overturned boat at 3:30 a.m. on a jetty. The bodies were discovered a short time later. Fernandez was a two-time All-Star who went 38-17 in his four seasons with the Marlins, winning the NL’s Rookie of the Year award in 2013. The native of Santa Clara, Cuba became a U.S. citizen last year. He tried to defect from Cuba at least three times landing in jail after one of those unsuccessful tries before eventually getting to the U.S. and going to high school in Tampa, Florida. The Marlins drafted him in 2011 and Fernandez was in the majors two years later. The Marlins’ game Sunday at home against the Atlanta Braves has been cancelled.

Miami’s play-by-play announcer Dave Van Horne, also long-time announcer with the defunct Montreal Expos, told Zoomer Radio’s Naz Marchese of the Naz and Wally Sports Hour “it’s shocking that a young man on top of his game is dead at 24.” Van Horne says his thoughts are with Fernandez’ mother and grandmother who lived with him in Miami. 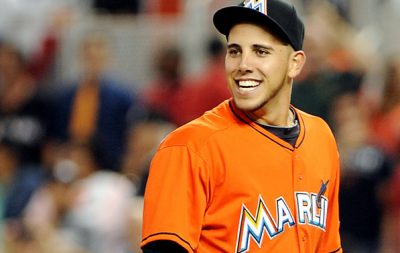 And in other tragic sporting news, the Calgary Stampeders of the Canadian Football League say defensive back Mylan Hicks died on Sunday morning. He was 23. The team said in statement that Hicks’ `life was taken in act of violence.” Calgary Police said earlier Sunday that they were investigating after a fatal shooting outside a Calgary night club.The police statement said the victim had been transported to hospital in life-threatening condition before dying of his injuries, but the release did not identify the victim.