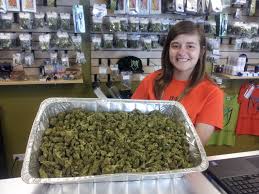 Vancouver has become the first Canadian city to regulate medical marijuana dispensaries  in a move the federal government calls deeply disappointing.  A new city by-law, approved yesterday, imposes new regulations on pot shops, including zoning restrictions and hefty licensing fees.  About 60-per cent of the existing pot shops will have to move because they are too close to schools and community centres.  It’s estimated Vancouver has more marijuana-related business than it has Tim Hortons Coffee Shops.  The BC Civil Liberties Association is happy that Vancouver will regulate medical marijuana dispensaries, but doesn’t like some of the rules.  A policy director says patients will see their right to edible pot disappear with the city’s ban on brownies and cookies from storefronts.  Health Minister Rona Ambrose says the shops remain illegal under federal law and she expects the police to enforce that law.