SUPPORT GROWS TO TEAR DOWN THE GARDNER 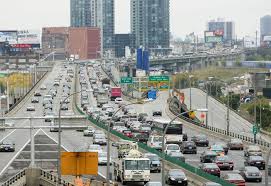 The movement toward the complete removal of the Gardner Expressway between Jarvis and the Don Valley Parkway appears to be growing.  A new Mainstreet Technology poll shows that support for removing the Gardner east of Jarvis Street is higher across all age groups, in every region of the city and among both men and women.  45 per cent of respondents want the Gardner taken down while only 33 per cent feel it should be rebuilt, largely in its current form.  Those lined up in favour of the tear down option continues to grow and includes Deputy Mayor Pam McConnel, Councillor Janet Davis, Toronto’s former chief planner and the city’s medical officer of health.  Mayor John Tory and Deputy Mayor Denizil Minnan-Wong are supporting the so called “hybrid” option which would maintain the link between the Gardner and the Don Valley Parkway.