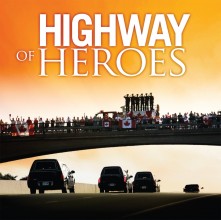 The body of the Canadian soldier killed in Iraq is coming home.  A repatriation ceremony for Sergeant Andrew Doiron is scheduled for Tuesday afternoon at CFB Trenton.  Governor General David Johnston and Defence Minister Jason Kenny will be among those in attendance to pay their respects.  Following the ceremony, a motorcade carrying Doiron’s casket will head east along the “Highway of Heroes” to the coroner’s office in Toronto.   Doiron was shot and killed in action against ISIS in Iraq in what’s been called a friendly fire incident this past Friday night.