The first person to take the best actress prize in consecutive years, has died at the age of 104. Luise Rainer was a star of cinema’s golden era who walked away from a glittering Hollywood career. She won best actress for “The Great Ziegfeld” in 1936 and “The Good Earth” in 1937; a feat since achieved by only four other actors. 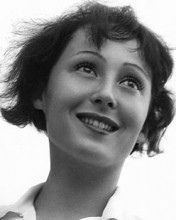 While the big-eyed, apple-cheeked Rainer gained Hollywood immortality by becoming the first person to win acting Oscars consecutively…she then watched her career decline so rapidly that many considered her an early victim of “the curse of the Oscars.” She fled Hollywood and spent most of her later life in England. Rainer died early this morning at her home in London from pneumonia.