AUCTION POT OF GOLD AT THE END OF THE D.V.P. RAINBOW

It’ll be an exciting night at Sotheby’s in London – for a painting of an iconic Toronto landmark.

Sotheby’s describes the work as transporting the viewer into a “fantastical realm of reverie.” 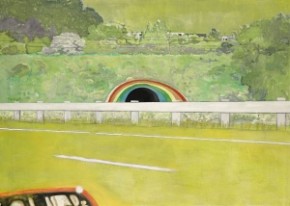 Doig was born in Scotland and grew-up in Canada.

His 1991 landscape “Road House” brought in about $13 million at a New York Christie’s auction in May.

Another of his Toronto-inspired works,”Jetty” sold for about $10.5 million in London in June 2013.