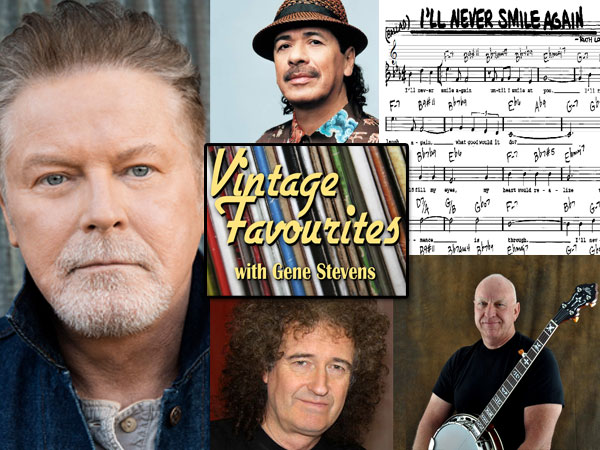 Hi, I’m Gene Stevens, with a look ahead to our next ‘Vintage Favourites’.

Eagles co-founder, drummer-vocalist Don Henley, turns 70 next week, and I’ve got an hour of his very best with his legendary band, as well as his solo work. Then a triple play featuring three of the best guitarists of the 70s, each also turning 70 next week.

And it was this month in 1940 that Billboard magazine launched its first sales-based pop chart; Toronto’s Ruth Lowe wrote that very first #1 hit for Frank Sinatra.

That’s all on the next ‘Vintage Favourites’ this Sunday afternoon starting at 2, from Zoomer Radio.