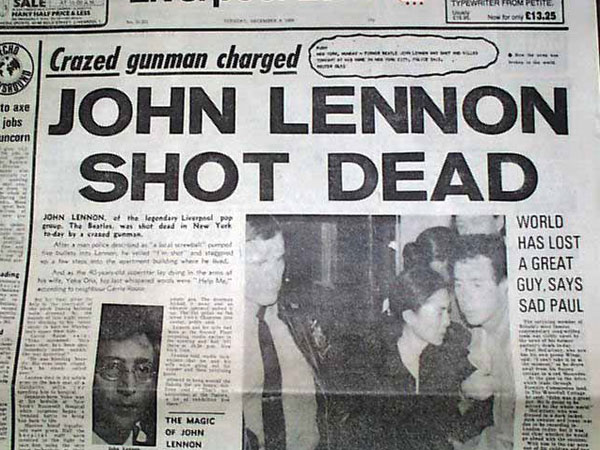 PART ONE – LENNON ASSASSINATION
Richard welcomes, R. Gary Patterson, a pundit of rock & roll myths and urban legends to the show. He is the creator of “The Ultimate Beatle Death Clue Quiz?” December 8th marks the 34th anniversary of the death of John Lennon.

PART TWO – SECRETS IN PLAIN SIGHT
Richard welcomes SCOTT ONSTOTT, a filmmaker, artist, professional architect and engineer to discuss how patterns in number, sacred geometry, musical harmony, and astronomy are encoded in ancient and modern cities and architecture. From monuments such as the Great Pyramid, Stonehenge, and the World Trade Centre to the symbolism encoded in such diverse locales as Babylon, Baalbek, Jerusalem, Mecca, San Francisco, Washington DC, London, the Vatican, and Hollywood.