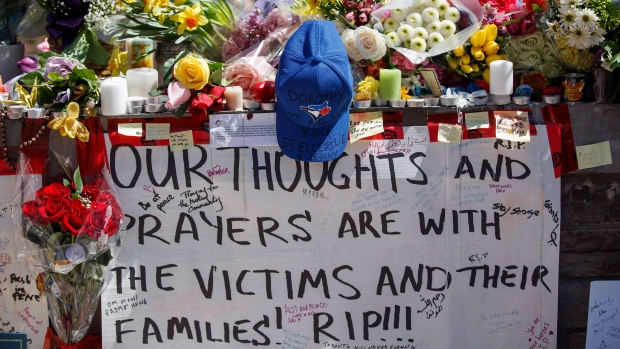 Today marks the first anniversary of the horrific van attack along Yonge Street that killed 10 people injured 16. Ceremonies are planned today and this evening at both Mel Lastman Square and Olive Square to honour the victims. Temporary signs are being installed along Yonge south of Finch to commemorate the Yonge Street Tragedy until permanent memorials are erected and Mayor John Tory says the city will stage an event in the coming weeks to honour the first responders and members of the public that helped victims in the minutes after the attack. The suspect in the attack is set to face trial in February on 10 charges of first-degree murder and 16 of attempted murder. Fill in host Jane Brown talks with trauma therapist Tom Walker about how we can heal from this, and tells us about the charity he is involved in which will be front and centre at the Mel Lastman Square event. We will also speak with Manjula Wickramaratne, a close family friend of the single Mom to a young boy, who was murdered in the attack to find out how the family are coping today.