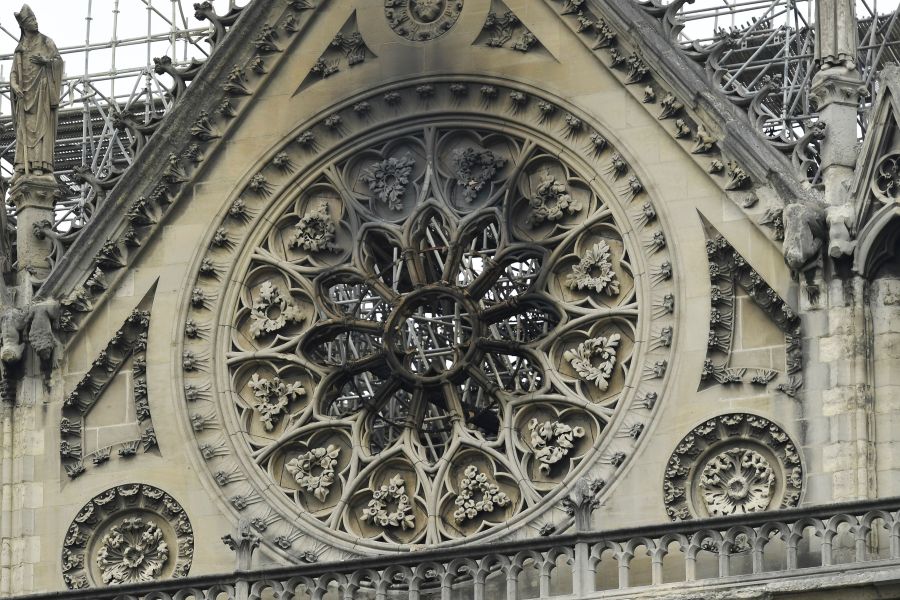 Donors have begun to pledge hundreds of millions of dollars to rebuild the Notre Dame Cathedral in Paris, following yesterday’s devastating fire. Parisians sang into the early hours of the morning, watching in disbelief as the wooden roof of the 850 year old iconic cathedral went up in flames and its spire fell into the fire. It took nine hours to put out the fire, but before it was fully extinguished France’s President Emmanuel Macron talked about the significance of the Notre Dame landmark and said he felt the same sadness that everyone is feeling. Macron is promising the cathedral will be rebuilt. The stone body of the Cathedral is mostly in tact. As for the cause of the fire, there is speculation it was linked to the current renovation project. Arson has been ruled out. News of the devastating fire at Notre Dame will have struck a familiar note to many in northern England. York Minster, a gothic cathedral, was hit by a similar disaster in 1984 when a fire partially destroyed the building. York Minster was restored over four years at a cost of just 9 million dollars. Experts say that in terms of structural damage, Notre Dame may be in better condition, since its vault was primarily made of stone, not wood. Libby speaks with Neil MacCarthy, Archdiocese of Toronto Director of Communications as well as Philip Evans, a principal at ERA Architects.