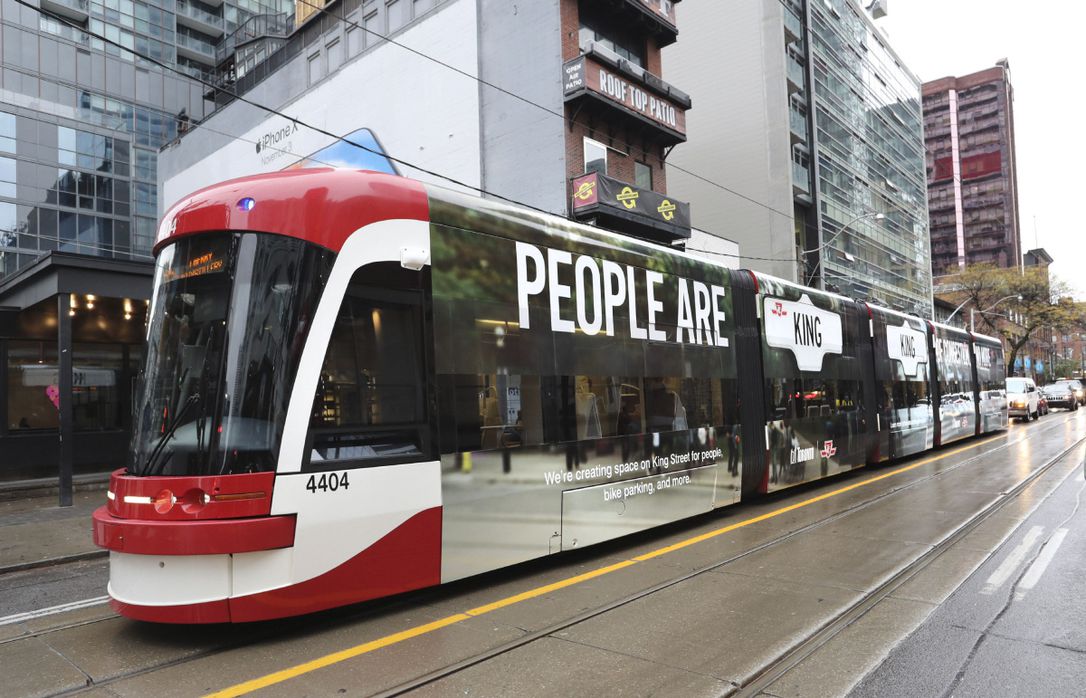 Toronto’s Mayor is recommending the King Street Pilot become permanent.
The Mayor explained that 84,000 riders now take the King streetcar on an average weekday, which is up from 72, 000 before the pilot began in November 2017.
Tory also acknowledged the concerns of restaurant owners on King Street, who’ve complained their business has dropped as result of the King pilot project.
But Tory says based on a city staff report, the decrease in restaurant profits on King west is only 1.2 percent and continues to recover. He also says retail sales on King have actually increased during the pilot.
The mayor says he will endorse the permanence of the King Street pilot next week at his executive committee and then later at full Toronto city council.
Since November 2017 streetcars on King between Bathurst and Jarvis have been given the priority while vehicular traffic in that stretch is forced to turn right at every major intersection. Libby speaks with the unofficial Mayor of King Street, Al Carbone and Todd Hofley ,from the Liberty Village Residents Association.