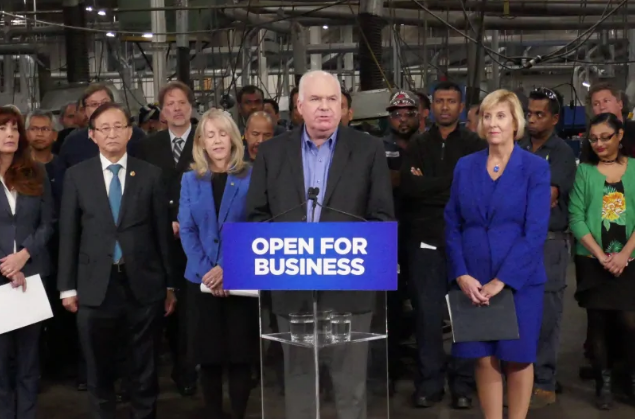 As expected the Ford government’s introduced the ”Making Ontario Open for Business Act”. The aim is to rollback labour reforms introduced by the previous Wynne government or Bill 148. The ENW legislation would keep the minimum wage at 14-dollars-an-hour until 2020, after which it would rise with the rate of inflation.

The new legislation would also reduce the number of personal leave days from ten to eight for workers who would be entitled to 3 days off for personal illness, two off for bereavement leave and three for family responsibilities.