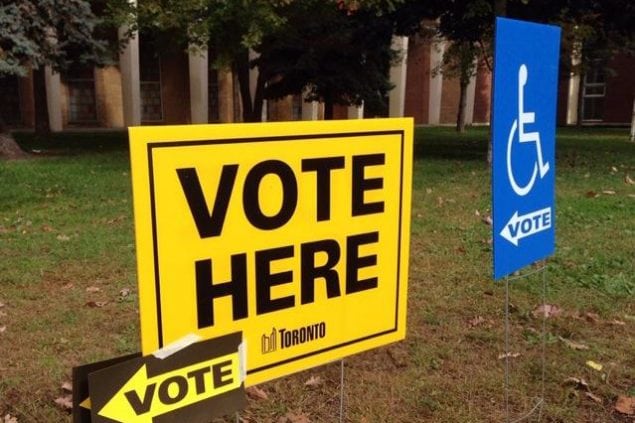 It’s municipal election day across Ontario. Older Canadians have long been among Canada’s most committed voters. Elections Canada estimates that, on average, 75.1% of all citizens between 65 and 74 cast a ballot in 2011’s general federal election. Nearly 60.3% of all citizens over 75 turned out to vote as well, boasting a turnout rate much higher than that of younger adults. Older voters make up a powerful decision-making bloc, especially as the population continues to age. Nearly 25% of the Canadian population is over the age of 55. Their votes and voices matter, and federal party leaders have taken notice.