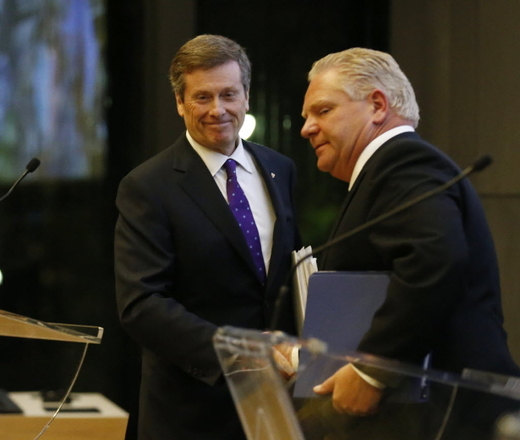 As Mayor John Tory plans to legally fight Premier Doug Ford’s bill to cut the size of Toronto City Council a new poll finds two thirds of Toronto voters don’t want to see council cut by almost half. On Friday Mayor Tory met with outside legal experts who suggested an injunction is possible. This could put a hold on the mid-election change from 47 seats to 25 seats pending a possible court challenge. Host Jane Brown speaks with John Mascarin, a Partner with Aird & Berlis in Toronto and a certified specialist in municipal law, as well Katrina Miller who is the Program Director for the Broadbent Institute who commissioned the Abacus poll to get their views.