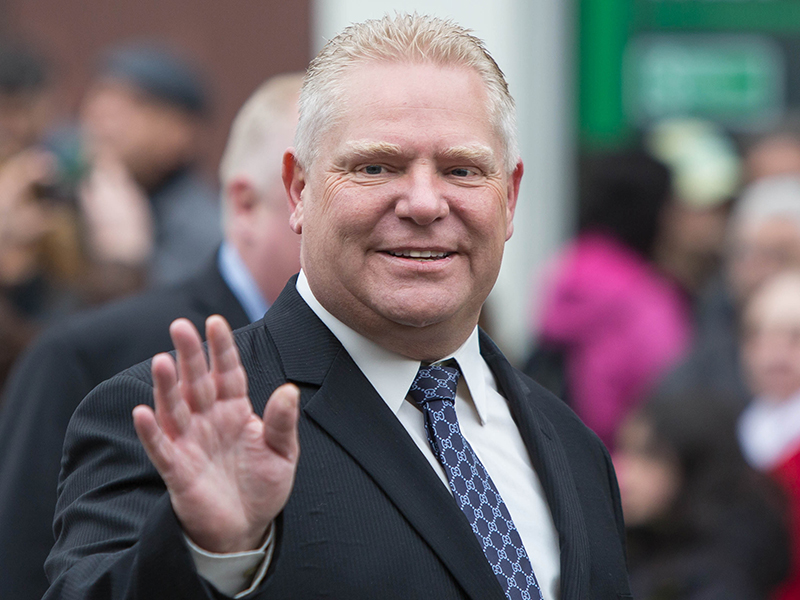 A surprise plan by new Ontario Premier Doug Ford to shrink the size of Toronto City Council is not going over well with nearly half of Toronto residents. A Forum Research poll also suggests a third of those polled are in favour of cutting council seats while the remaining 20 percent of respondents are neutral on the idea or don’t know how they feel about it. Forum President Lorne Bozinoff says Ford’s decision has caught people off guard. Ford’s legislation to cut the size of city council from 47 to 25 is to be unveiled today, even though Toronto’s 47-ward election started May 1st. Experts say a legal challenge to Ford’s council cut is possible but would be difficult.