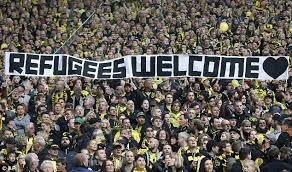 The Conservatives call for a crisis and held an emergency meeting of the House of Commons Immigration Committee members who may attempt to pressure the government to revisit the way it is handling the stream of asylum seekers coming into the country and also focus on the strain this is bringing to the provinces where most refugee claimants end up. Libby speaks with Jenny Kwan, the NDP Critic for Multiculturalism, Immigration, Refugees and Citizenship and PC MP Larry Maguire who is on the immigration committee.