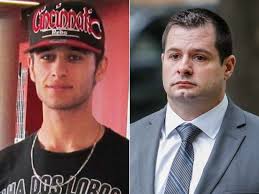 Ontario’s top court dismissed Toronto Police Constable James Forcillo’s appeal of the attempted murder charge of his conviction in the shooting death of 18 year old Sammy Yatim. Forcillo was convicted on one count of attempted murder and sentenced to six years in prison for shooting Yatim aboard an empty street car in July 2013. Shortly after arriving at the scene, Forcillo fired an initial volley of three bullets, which caused Yatim to fall to the floor of the streetcar. Forcillo then fired a 2nd round of six more bullets. Members of the jury found Forcillo not guilty of second-degree murder, in that they believed he was justified in firing the first three shots, but they concluded the second round of shots was not justified. We check in with our security and crime expert, ex-police officer Ross McLean.