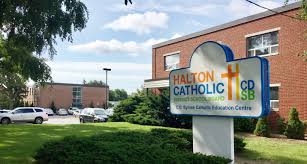 The Halton District Catholic School Board has ripped a page from the federal government’s controversial playbook when it comes to tying doctrine to funding. The board is requiring that any charity that receives money from its fundraising must pledge not to support directly or indirectly activities like abortion, contraception, doctor assisted death, and the use of embryos for stem cell research. According to the Globe and Mail, 30 charities have signed this pledge though there are now reports that some are pulling back now that they realized what they agreed to. Its reminiscent of the outrage after the Trudeau Liberals demanded an attestation from companies that apply for federal funding for summer students, demanding they respect reproductive rights and the right to be free from discrimination on the basis of many things including sexual orientation. Who is on the right side of this debate? Libby spoke with Halton Board Trustee Anthony Quinn, Marie-Claire Bissonnette of Campaign Life, and Federal Conservative MP Brad Trost.