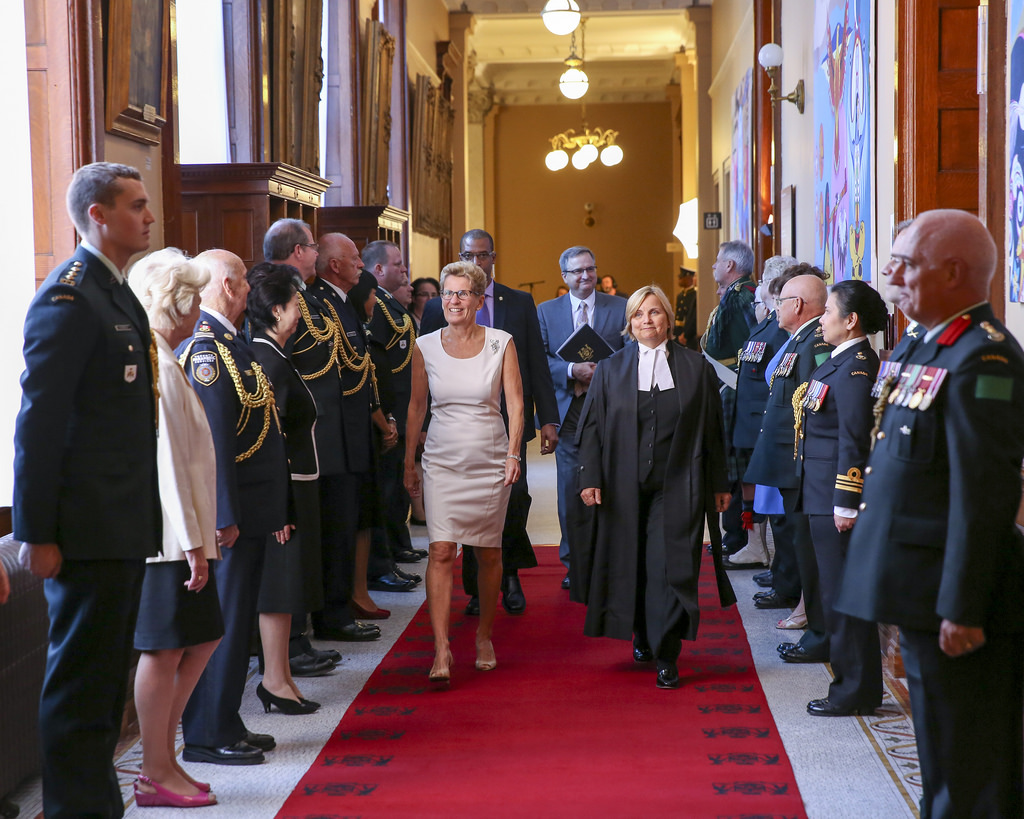 Ontario’s premier says Monday’s throne speech is the only way her Liberal government can spell out its priorities ahead of the upcoming provincial election. Kathleen Wynne prorogued the legislature last week ahead of the throne speech which comes a week before her finance minister Charles Sousa tables the 2018 budget. Wynne has been trying to appeal to younger voters since much of her support comes from the millennials. She made the point during a speech to Humber College students telling students  that quote “older, white people vote” suggesting that demographic votes Conservative. Critics say her comments are ageist and disturbing. The Liberals are third place in the polls with the election two and a half months out. A Forum poll on the weekend gives Doug Ford and the PCs a majority … with the NDP forming the official opposition.