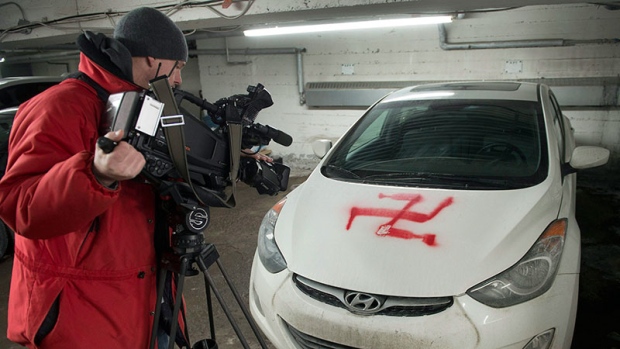 The latest StatsCan survey of police-reported hate crimes for 2016 shows a 3 per cent jump from 2015 due to increased targeting of specific groups, including the Jewish community. The Jewish community was the most targeted group in 2016, accounting for 16 per cent of all hate crimes across Canada. The report reveals that 221 police-reported hate crimes – 148 of which took place in Ontario – were against the Jewish community in 2016, up from 178 hate crimes in 2015. The Black community was the second-most targeted, although down 4% (from 224 incidents to 214 in 2016), crimes targeting Black populations remained the most common type of hate crime related to race or ethnicity at 15% of all hate crimes. To unpack these new stats we spoke with Marva Wisdom, Director of Outreach and Engagement, “The Black Experience Project” and Adir Krafman, Manager of Media Relations for The Centre for Israel and Jewish Affairs.