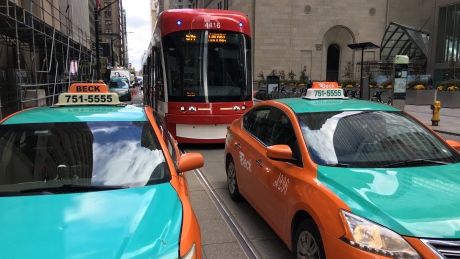 The grace period for drivers who disobey the rules of the King Street pilot project ended on Monday morning. All traffic on King Street between Jarvis and Bathurst streets is only allowed to travel a single block before being forced to turn right and there are no left turns and no through traffic allowed. The pilot project aims to keep that stretch of road virtually car-free, allowing streetcars to move unhindered. Toronto police have been handing out warnings instead of fines over the past week as drivers adjusted to the new rules. Now there is a no tolerance policy. Fines begin at $110 and come with two demerit points upon conviction. We speak with Doug Ford about his strong  opposition to the pilot project.