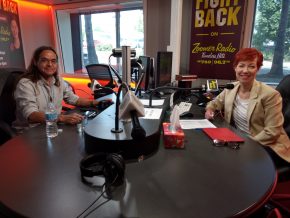 Prime Minister Justin Trudeau says there are no plans to delete the name of                   Sir John A Macdonald from anything under federal responsibility. Trudeau made the comments outside Rideau Hall following yesterday’s cabinet shuffle.  With increased pressure from Indigenous advocates to confront the way historical figures are celebrated after the Elementary Teachers Federation of Ontario passed a motion last week calling for the removal of the first Prime Minister’s name from elementary schools in the province. The teacher’s motion says Sir John A. MacDonald was the architect of genocide against Indigenous Peoples.  We speak with traditional Indigenous elder, Cat Criger and historian and author Patrice Dutil.