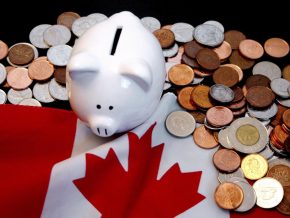 A recent review of the country’s largest seniors benefit program is predicting all-time highs in spending over the coming years with waves of baby boomer retirements spending levels that could have been even higher if not for changes to the public pension program. The report is the first glimpse into how the CPP expansion, phased in over the next 40 years, will affect old age security. The country’s chief actuary writes in his report that program spending is projected to hit about $247 billion by 2060, an almost five-fold increase from planned spending this year, as more Canadians hit retirement and live longer, meaning more beneficiaries drawing payments for longer periods of time. The projected increase is expected to be cushioned by ongoing economic growth. Over the same projection period, Canada Pension Plan benefits will increase. The extra money to be doled out through CPP, funded by an increase in employee and employer premiums, is expected to reduce the number of low-income seniors — meaning $3 billion less in spending on the guaranteed income supplement in 2060 — and reduce overall spending on old age security benefits, which are scaled back as incomes rise. VP of CARP Advocacy Wanda Morris weighs in on the topic along with U of T Economics Professor Gordon Anderson. Click here to listen to the podcast