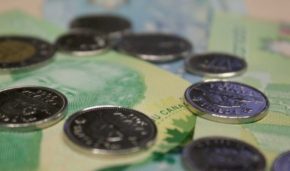 A new report by the Canadian Centre for Policy Alternatives titled Losing Ground analyzed income data for families with children between 2000 and 2015 and found that families at the bottom of the economic scale are suffering losses, while richer families are getting richer. The bottom half  saw its share of earnings fall to 19 per cent of total labour market income between 2000 and 2015—down three percentage points—while the top half of families increased its share of the income pie by three percentage points, earning 81 per cent of the total income pie.The poorest 10 per cent of families saw their average real work income drop by $1,536 which is down by 42 per cent. The second poorest group saw its average real earnings drop by 24 per cent. Those in the third poorest ten percent  had their average real earnings drop by 13 per cent. Families in the middle  saw their average real earnings drop by 1 per cent.  Meanwhile The top half of Ontario families fared better, while those towards the top of the scale experiencing growth. The richest 10 per cent of families earn 190 per cent of the average of Ontario families’ earnings. In terms of income inequality the situation here in Ontario is worse than in the rest of the country. Libby speaks with the author of the report, Sheila Block with the Canadian Centre for Policy Alternatives. Click here to listen to the podcast