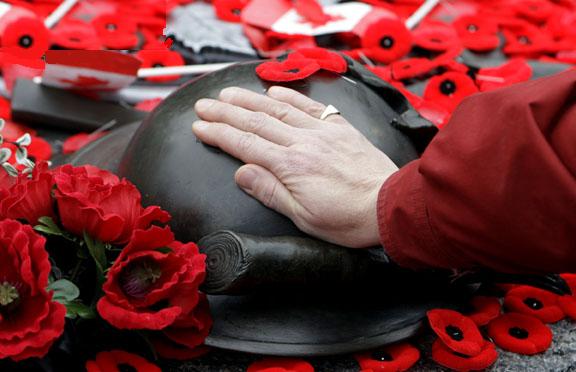 Bob Komsic is filling in for Libby Znaimer. He is joined by Canadian World War Two Veteran, Jack Rhind.

Jack, 99, was an Officer with the Royal Canadian Artillery who served in the Italian campaign. He kept a diary during his time in the war – contrary to strict orders.

He fought in the Battle of Monte Cassino, which ended up being one of the most costly and devastating battles during the Italian campaign.

Jack shares his stories of the war with Bob and reflects on why it is important to educate younger generations of Canadians about Remembrance Day and Canada’s war history.