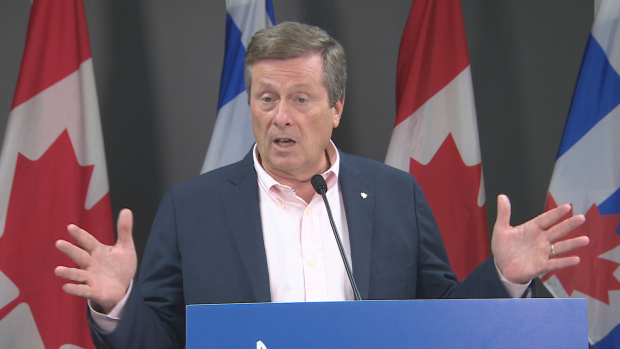 There is no secret that John Tory was displeased with the lack of money for the city of Toronto in the provincial Liberal budget released last week. Especially since it appeared there were goodies for just about every other group or organizations. Yesterday, there was a very pointed and public meeting with Ontario PC leader Patrick Brown at city hall between the two men. Meanwhile, Premier Kathleen Wynne maintains the city received $700 Million dollars in the provincial document. Mayor John Tory joins Libby to talk about it.