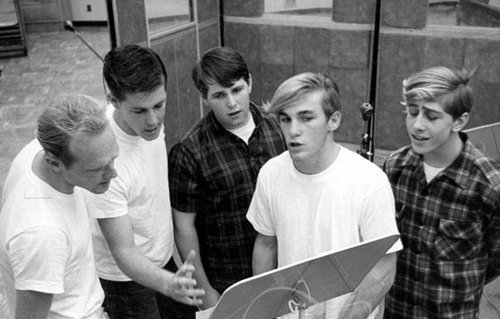 On September 27, 1964 The Beach Boys made their TV debut on the Ed Sullivan Show. They performed their singles I Get Around and Wendy.

The performance went well, however this was one of Brian Wilson’s last appearances. The stress of touring and writing for the group had become too much for him and he quit. He was temporarily replaced by by Glen Campbell, and then permanently by Bruce Johnston. Brian continued to write and produce the harmonizing hits the group was known for.