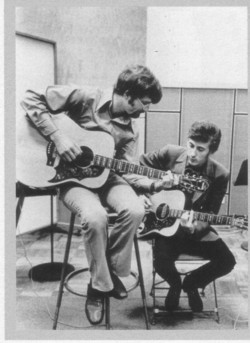 On August 20th, 1969 Zager and Evans started a three week run at No.1 with their singles In The Year 2525, which was written by Rick Evans.

The song contains no chorus, but rather consists of chronologically organized versus.

After having much success with their first single in both the US and the UK, it was unusual to see the duo never return to the charts with another hit single. The song In The Year 2525 has been covered at least 60 times in seven languages across the world.