Former U.S. President Barack Obama has a major best seller on his hands. 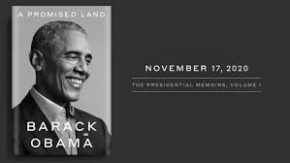 “A Promised Land,” has already sold nearly 2,000,000 copies in its first week on store shelves.  That is roughly the same number as the early totals of his two immediate predecessors, George W. Bush and Bill Clinton, combined.

The publisher Crown has bumped up the initial press run for the book from 3,400,000 copies to 4,300,000. Sales numbers also include audio and digital forms of the book.

Despite the strong sales number, the former president has some distance to cover to outsell his wife. Michelle Obama’s memoir “Becoming” has sold more than 10,000,000 copies.