Some times, lost in the midst of the COVID-19 pandemic, is the fact that 40-years after it began, the world is still fighting an AIDS epidemic. That’s about to change… 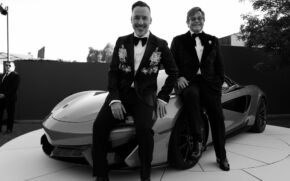 AIDS activist, Gay Icon and Music Superstar Elton John, is teaming up with Tik Tok to spread the word.

Elton’s AIDS foundation and the social networking service kick off an education campaign today.  A concert featuring the 73 year-old superstar and his Scarborough-born husband David Furnish is scheduled for December First on Elton’s Tik Tok Channel..