The Bay’s flagship location on Queen Street downtown will be closed Tuesday after it’s opening Monday on day one of the lockdown caused a lot of commotion. 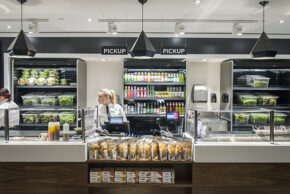 Initially, a spokesperson for The Bay said the retailer is allowed to open because groceries and other essential items are sold inside, including at the Pusateri’s in the Sak’s Food Hall which is owned by HBC.

Premier Doug Ford said Monday during his daily news conference he would investigate.

Monday night, it was announced by The Bay, the Queen Street location would not be open Tuesday.

Under the lockdown in Toronto and Peel, only big box stores which sell essential items are allowed to open.