Prime Minister Justin Trudeau is joining fellow leaders at the G20 in a promise to provide more assistance to poor countries battered by COVID-19, including the provision of vaccines for all. 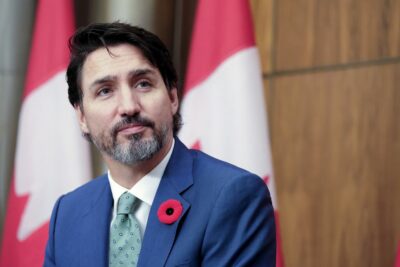 The promise is contained in a final communique released Sunday by the leaders of the world’s 20 richest countries following two days of virtual discussions hosted by Saudi Arabia.

The communique also commits rich countries to holding off on collecting debt payments from impoverished nations, many of which are struggling to keep their heads above water during the pandemic.

Trudeau had entered the summit hoping to push fellow leaders on the importance of keeping borders open to trade as well as the need to include climate change in the post-pandemic economic order.

While both are included in the final statement, the environmental commitments do contain a number of caveats that give individual countries a fair degree of wiggle room in what they implement.

The communique also speaks to the importance of infrastructure spending on any post-pandemic recovery, but does not address fears of Buy America-type restrictions that could limit Canadian companies from competing for such work in the U.S. and elsewhere.