Canada and Britain have struck a new trade deal, beating the December 31st Brexit deadline that would have triggered new tariffs on a range of Canadian exports. 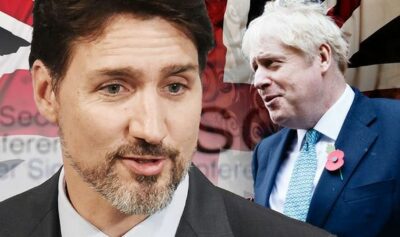 The interim deal will replace Canada’s current agreement with Britain under the European Union that currently covers trade between the two countries.

Britain’s decision to leave the E.U. after its Brexit referendum means that the Comprehensive Economic and Trade Agreement, or CETA, will no longer apply to the country at the end of the year.

The new deal preserves CETA’s key provision until a more comprehensive agreement can be reached later; the elimination of tariffs on 98 percent of Canadian exports to Britain, which is Canada’s fifth largest trading partner with $29 billion in two-way merchandise trade in 2019.

Britain formally left the E.U. at the end of January, but the two parties have lived under an 11-month transition period, which for Canada has meant CETA continued to apply to its trade relations with Britain.

Canadian and British negotiators have been meeting since the summer to strike what has been called a provisional bilateral deal that incorporates many aspects of CETA and would avoid triggering the imposition of new British tariffs on Canadian exports such as seafood, beef and autos on January 1st.