It’s not the most joyful anniversary, but on this date last year, the first case of the corona-virus emerged in China. 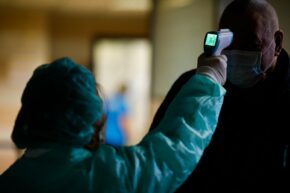 According to an investigation by the Hong Kong newspaper South China Morning Post , the first contagion of the disease caused by the coronavirus  occurred on November 17, 2019. According to the newspaper, the so-called “Patient One” was a 55-year-old from Hubei Province. But it wasn’t until late December that officials realized they were dealing with a new virus. This information has been difficult to prove since China’s government clamped down on sharing information with the public. Other research published in the Lancet found the first person to test positive was exposed to the virus December 1st. According to the newspaper, after this patient there were between one to five infections a day and by December 20 there were already 60 infected.