Penn & Teller, David Copperfield and every Cirque du Soleil production on the Strip are being suspended due to a number of new COVID-19 cases.
64-year-old illusionist David Copperfield confirmed a backstage crew member’s diagnosis and in a statement said his entire crew would be tested again.There’s no word when it will resume. 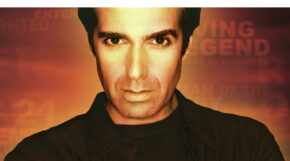 Ticket holders will be offered refunds or exchanges.
On Twitter, Penn Jillette – one half of Penn & Teller, the longest-running act in Las Vegas – announced the duo would be stepping away from their show at the Rio All-Suite Hotel & Casino.